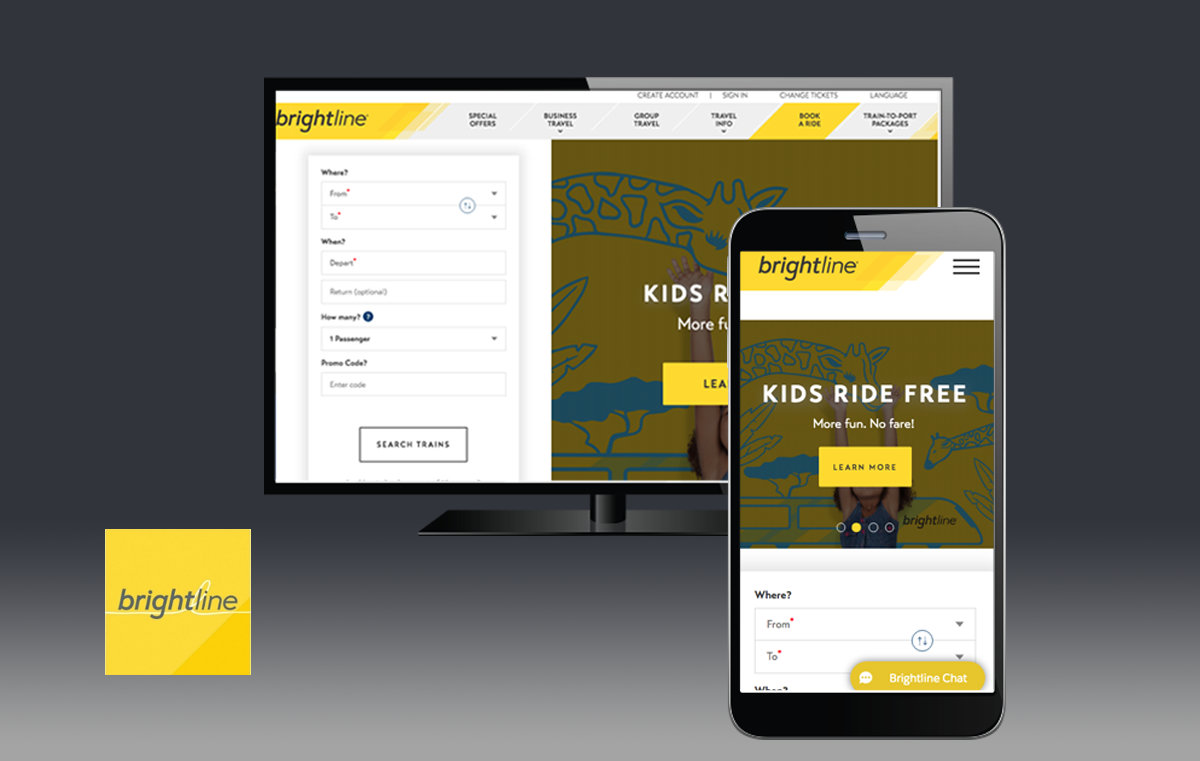 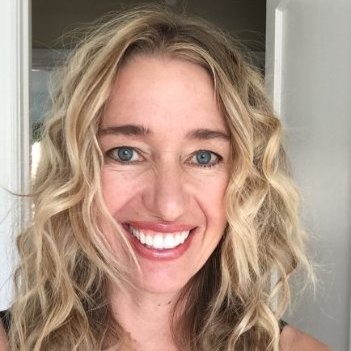 Brightline had the vision to create a train system to connect major coastal areas in Florida to Orlando. In 2014 they began the infrastructure and had to initiate subsequent critical components: ticket sales and tracking systems for the trains. Their goal was to offer experiences, not just a ticket.

Brightline chose Navitaire, a customer-centric airline passenger sales and management solution with real-time reporting, for its structural foundation. Brightline liked the starting point Navitaire offered but needed significant customization to meet its needs as a train system. In addition to creating experiences, they wanted to develop a system that could be completely paperless.

LUX interactive, a technology company with extensive experience extending and interfacing with the Navitaire suite, took on these challenges. They pushed the limits of Navitaire to hold business rules for all aspects of train travel and employee scheduling, creating intuitive interfaces facing both internal and external users. In addition, being a part of the design conversation at the early stages allowed LUX to work with Brightline to identify unique offerings and be creative with multiple aspects of Navitaire.

With no ask too large, LUX built:

Passengers all have something unique about them, whether they prefer to travel in a forward-facing or backward-facing seat by a window or even with their dog. All preferences needed to be stored to make customer service spot on!

LUX transformed Navitaire’s dotREZ MVC web product to an API allowing LUX to build additional API solutions. These solutions bridged Navitaire and third-party systems to shape the data used by all the applications, both internal and customer-facing. This solution allowed data objects that pulled data from multiple sources and had consistent business rules to be queried from a single location. LUX’s ability to think outside the box and brainstorm directly with the client inspired them to use a web product in a whole new way to tackle system limitations and solve business needs.

While LUX helped Brightline create many avenues of ticketless travel, everyone recognized that some travelers would be more comfortable with a paper ticket in their hands. Therefore, LUX created a series of Kiosk applications that allowed travelers to book or change a ticket, select seats, purchase food and amenities, and print off a paper ticket. There were several kiosk units in each station. Additional kiosks were located offsite in retail areas and government buildings to allow travelers remote access to the Brightline system.

Because of the push to go all-digital, LUX developed an app for paperless boarding. With this addition, features such as group travel were an easy add-on. For example, a person could open the app, scan their ticket at the turnstile, and display everyone in their group on screen. The customer could then de-select passengers in their party who were not boarding with them and allow the present passengers to pass thru the turnstile.

Michael Pavlak, a programmer for LUX interactive, commented, “Programing a turnstile is completely custom. A lot of companies would not be able to do that work... Hardware integration experience is a unique niche.” LUX stepped up to the plate and created a clean, flowing product.

LUX did onsite testing and tracking of real-time customer experience with cameras set up at turnstiles. The turnstiles allow passengers to reschedule if they are late or early. For example, if a passenger misses their train, the turnstile will reschedule the passenger on the next available train. If a passenger is early and an earlier train is available, the system would auto-select a seat based on preferences stored in the user’s customer profile and book them.

Navitaire is designed for airlines but also includes some features to handle trains. As a result, the information Brightline needed was available in the system, but the tools they wanted were not.

Even with only three stations at the start, Brightline felt a visual train scheduling tool would be easiest to manage. So, LUX created a tool that shows each train, by color, in a graphical representation so schedulers can view train overlap and layovers, schedule crew, and quickly drill down to the details of a specific train. Additionally, a delayed or canceled train would push out notifications to passengers, offering to reschedule them on a later or earlier train with a single click.

LUX added a hidden car to each train for crew scheduling with seats for each possible role an employee could fill - some required, some optional. This hidden car accounted for all souls on board without customizing the base systems. And with short legs (none longer than an hour), a single crew member works multiple legs each shift. In addition, the crew scheduling tool makes it easy to create work teams, add those teams on multiple legs, and quickly adjust the schedules of individual employees.

While Brightline builds toward its most important route (Orlando), the train serves as a quick, comfortable way to hop between Miami, Ft Lauderdale, and West Palm Beach. With a focus on commuters, Brightline sold monthly passes. However, unlike a commuter train, Brightline schedules passengers, so there had to be a way for someone to easily schedule their commute (commonly 21 round trips).

“Even when customers had preferences saved in their profile on seat location, class of service, and a stored payment type, it became clear that this feature might work for a long-haul trip from Orlando but not for daily commuters hopping between Miami and Ft. Lauderdale,” said David Mengyan, partner at LUX.

LUX wrote an automated scheduling application allowing a commuter to book all commutes a month at a time. The tool sits on the façade layer in Navitaire. Every date range and preference could be pushed through the booking path but hidden from the user. The interface color codes each trip with a traffic light palette. The user to quickly identify success and discrepancies. For example, maybe a wrong seat or little time change when no reasonable option was available. A customer can book an entire month’s commute in just a few minutes.

The Sum of All Data

LUX excels at creating bridge-building solutions that maximize software platforms such as Navitaire to manage all data together, simplifying processes for customers and employees. Travel providers, or in this case, a train, use a combination of a reservation system and pieces from other applications for revenue management, manifests, and crew scheduling. 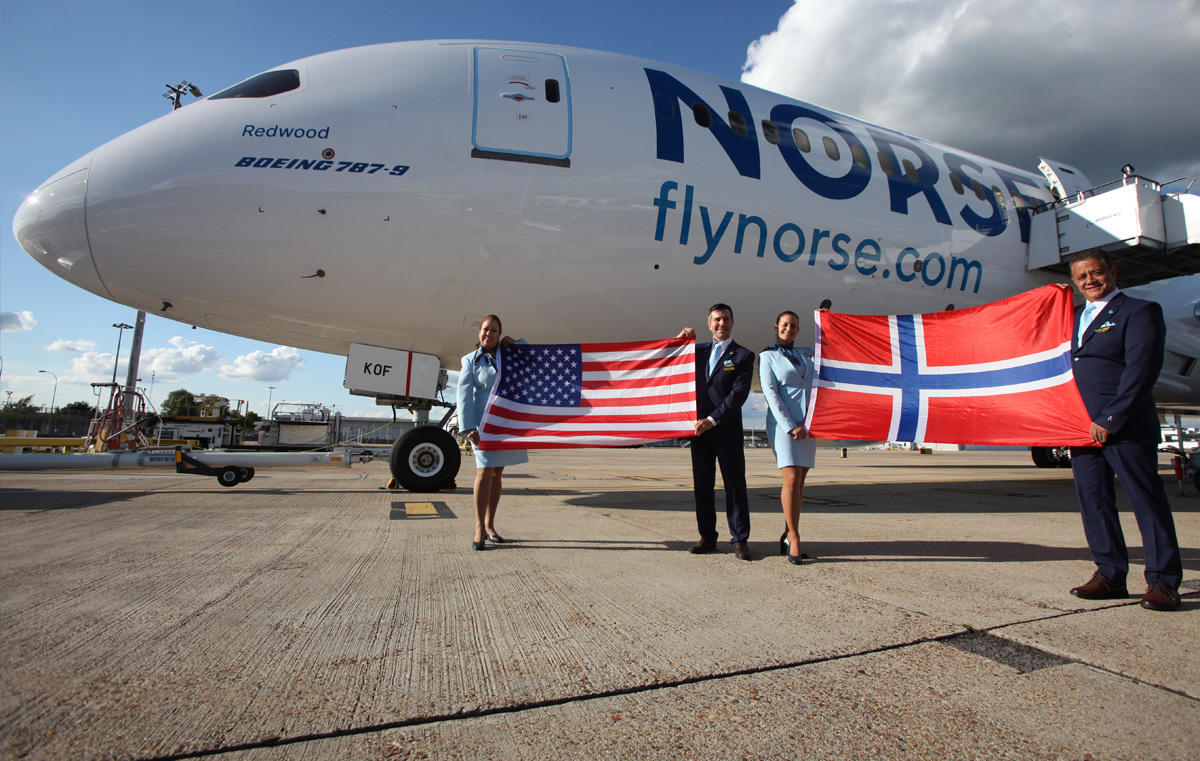 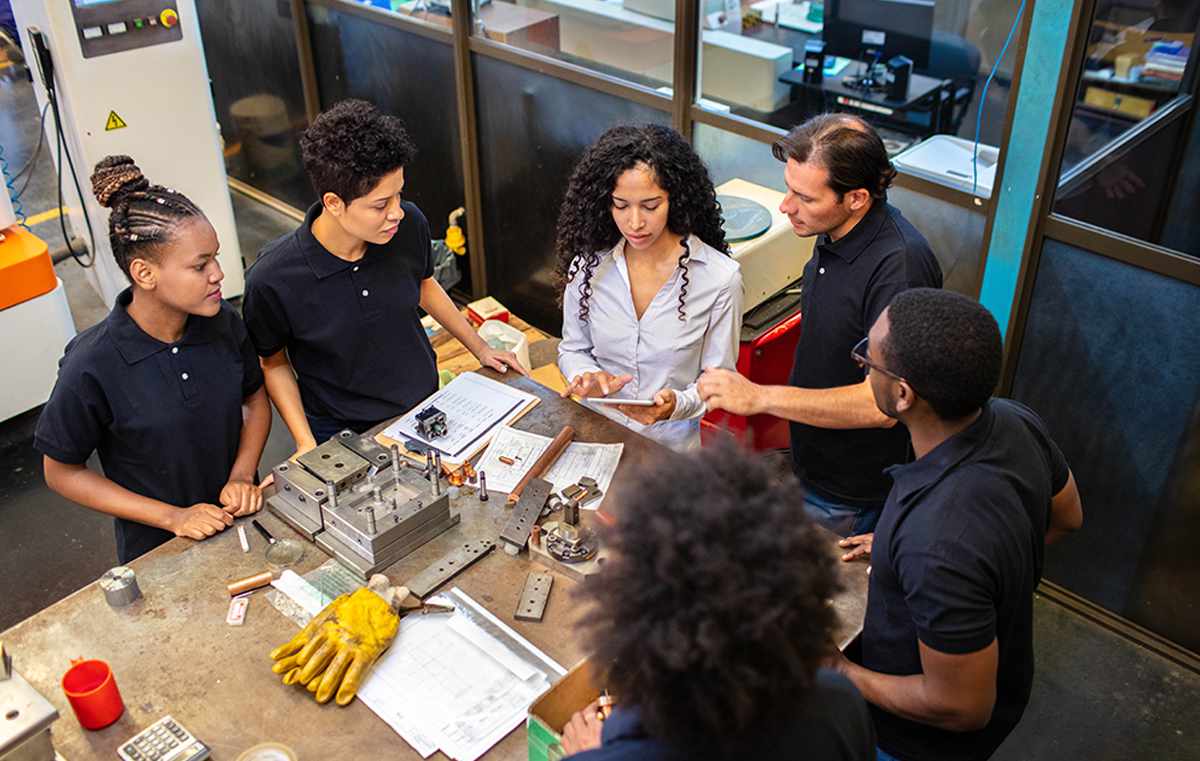 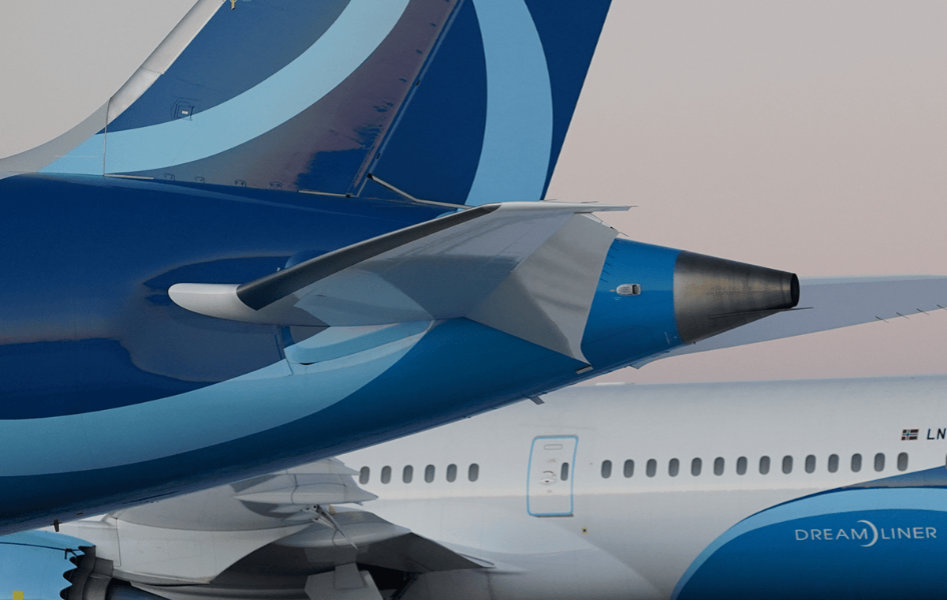